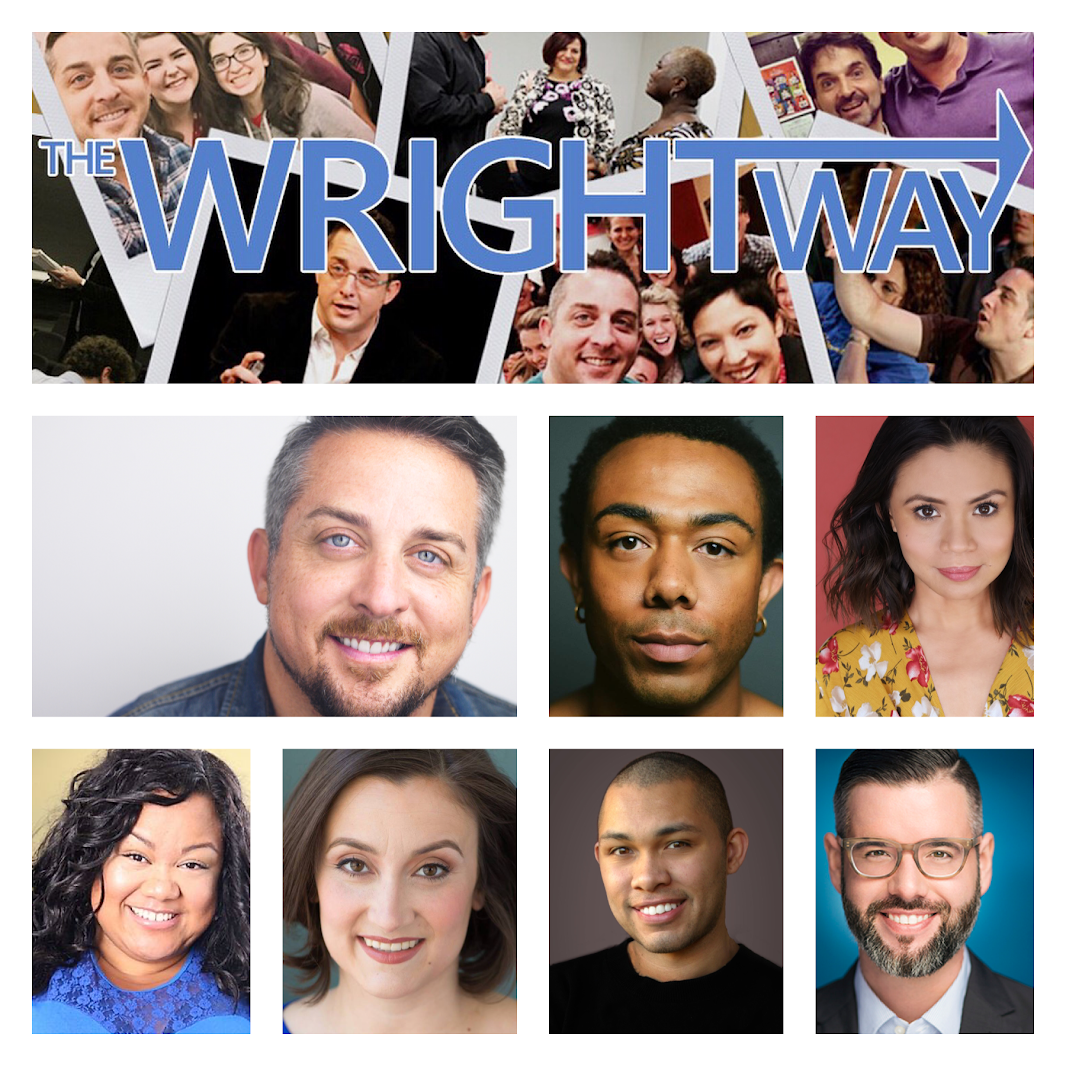 Rance Wright and Joe Barros will be offering a class devoted to all things Diversity In The Entertainment Industry!  We are excited to be inviting industry professionals, Elena Gutierrez, Christian Bufford, Gregory Pitcher-Gulley II, Nicole Santiago, and Jennifer Kumiyama who understand the importance of diversity to the conversation to be in a panel to help get real and honest points of view. Now, more than ever, we need to understand the value of diversity and how it benefits all involved in theater and the Entertainment Industry.

This forum will last about an hour long. So join on Thursday for what promises to be a very exciting hour about all things DIVERSITY!

Christian Bufford (he/they) is a Chicago based multidisciplinary artist who blends the lines of theatre, dance, and film. Theatre credits include the Oregon Shakespeare Festival, American Repertory Theatre, Lincoln Center, national tours, and many more. Most recent producing credits include “The Straights” by T. Adamson at Jack Theatre in Brooklyn and the original dance series “The Amy Diaries”. As a playwright, Christian has written and developed a new play called “Franklin” which serves as a queer guide to black trauma. Christian is a graduate of the drama school at the University of NC School of the Arts and also holds a BFA from the Boston Conservatory at Berklee.

Elena Gutierrez is an accomplished graduate of the Boston Conservatory. Growing up in the Garden State, she could feel the energy from Times Square across the Hudson River! Most recently, Elena was seen in the Broadway National Tour and Las Vegas Company of the hit show Mamma Mia! She was also seen as a dancer in the Golden Globe-nominated film, Across the Universe. Also, Elena sang the National Anthem for the Boston Red Sox. Favorite Regional Credits: A Chorus Line (Diana), Crazy for You (Polly), Evita (The Mistress), 42nd Street (Lorraine u/s), Hello Dolly (Minnie Fay), Fiddler on the Roof (Chava), Noises Off (Poppy), Last of the Red Hot Lovers (Bobbi).
Elena has had the privilege to work with the likes of Meryl Streep, Ben Stiller, Natalie Portman, Marvin Hamlisch, Tabitha and Napoleon D’Umo, Cynthia Nixon, Idina Menzel, and Savion Glover. A Cum Laude graduate of The Boston Conservatory at Berklee, Elena stays connected to her alma mater by being a member of the Alumni Affairs Committee. Elena has also been on faculty for elite summer programs including the Walnut Hill School for the Arts and the Boston Conservatory Musical Theatre Dance Intensive. Elena has also served as a member of the musical theatre dance faculty at Marymount Manhattan College and Wagner College. She is also a proud member of the Actor’s Equity Association and a recipient of a Project Plie Scholarship from ABT, awarded to teachers of color in the dance world.  Currently, Elena is a Performing Arts teacher at Uncommon Schools-North Star Academy in Newark, NJ.  This organization, dedicated to closing the achievement gap, uses the arts for social justice, with the intention of creating equity and leveling the playing field.
Check out Gregory Pitcher-Gulley II Bio:
GREGORY PITCHER-GULLEY received his start in the entertainment industry after over 12 years of experience of Leadership Coaching and Development for personal success, with many businesses ranging from the Non-Profit and for-profit business structures. He started at the age of 15 developing and constructing community plans that focused on the prevention and rehabilitation of the Homeless living on the streets of Las Vegas. As a Board Member of a Las Vegas non-profit, Las Vegas Faith Center, Hero School Inc., Gregory developed a program and yearly benefit that supported the mission of Hero School, Inc., all the while working closely with the CEO for personal development and learning leadership
skills that revolutionized his work within the community, and ultimately leading him to create his first Non-Profit Business Model LMBMe (Let Me Be Me). LMBMe, promoted the visibility of underrepresented individuals and giving them a “voice” to share their experiences and personal identity with the world.
These movements raised over $25k and helped to bring
over 10,000 homeless and at-risk individuals off the streets of Las Vegas and preparing them to succeed in the work-force from 2009 to today, all-the-while giving voice to thousands of underrepresented groups of people. Gregory has since worked in many industries and positions ranging from Sales, Customer Service, Food & Beverage, Non-Profit, Coaching and Development, and now Entertainment.
In 2017 his extensive knowledge of project management, business & personal development, Gregory was invited to join his partner Branden Pitcher in developing his management company, Maxx Management. During this time, he has actively worked to giving those underrepresented by the current standards of today’s Entertainment Industry the tools and guidance for success both personally and professionally. He works as the Developmental Manager for Maxx Management, giving perspective, guidance, and informed opinions to the talent that is brought on to Maxx Management, that has the passion and desire to succeed but does not have the “right” package for Commercial and Theatrical success.
He has mentored over 200 actors and actresses across the world and globe, to develop their product to become sellable in today’s Entertainment Market. The success of which earned his talent recognition and roles from National Commercials, Major Motion Picture Debuts, Student Films showcased at some of the countries biggest Movie Festivals to include, Sundance, Cannes, and Tribeca, and to be featured in articles, including, Voyage LA, E!News, and TMZ. Gregory is a dedicated advocate for the success of everyone’s dreams and goals. This is shown through his fierce determination to see not only his talent succeed but anyone that he meets that has a goal and is willing to do the work to achieve them. Through his structured methodologies that target both personal and professional success, he gives vision, clarity, and a path to conquering the seemingly odds of achieving one’s dreams and goals.
To learn more or to contact Gregory directly, please visit: MaxxMgmt.com
Check out Nicole Santiago’s Bio:
Nicole was last seen on CBS’s new show ‘All Rise’ as Soraya Bayani. Favorite Theatre highlights: Kim in Miss Saigon (multiple regional theaters); Miss Honey in Matilda (La Mirada Theatre);  Princess Fiona in Shrek (Fairfield Arts and Convention Center, Iowa); Ali/Dance Captain in Mamma Mia!, Ligaya in Criers for Hire and Qiao in Beijing Spring (East West Players); Former resident actor (Repertory Philippines). She is also a voice-over artist and a behavior therapist working in special education.

Jennifer Kumiyama was born with Arthrogryposis and uses a wheelchair daily.  Kumiyama received voice lessons at Long Beach City College and the California State University of Long Beach. In 2000, Jennifer earned a spot on Warner Bros. reality TV show “Popstars 2” and earned national accolades from many publications including Variety Magazine and TV Guide – referring to her as “the girl in the wheelchair, who’s voice blew everyone out of the water”.  Shortly after that in 2002 – Jennifer was cast in Disney’s “Aladdin; a Musical Spectacular” at Disney California Adventure Theme Park, where she is the first performer in a wheelchair to ever be on any Disney stage in the world. She performed 4 times a day for 8,000 guests a day, who visit from every corner of the world. It was at Disney that Jennifer took on her real role as an advocate for people living with disabilities – showing the entire world that talent sees no boundaries. This motivated her to become a speaker – sharing her story with schools, social groups, and major businesses. Her new passion, in addition to singing – is being a voice for people living with disabilities by breaking attitudinal and architectural barriers. “Aladdin; a Musical Spectacular” closed on January 10, 2016.

In 2010, Jennifer was crowned Ms. Wheelchair California and Ms. Wheelchair America 2011, 1st Runner Up. During her reign, she spread the message of hope through her platform “Empowering Children with Disabilities to Make Their Own Dreams Come True”.

Jennifer was cast in a major role as ‘Carmen’ in Sundance Film Festival hit and Academy Award Nominated film “The Sessions”, MTV’s teen sensation “Awkward” and became the founder and owner of The Ms. Wheelchair California Foundation in 2011 and has since retired as the State Coordinator in 2016.